Pentagon Could Look to Close Bases Without BRAC Authorization 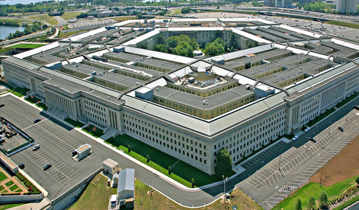 WASHINGTON – For several years, the Pentagon has been blocked by Congress in its request to begin another round of Base Realignment and Closure (BRAC). Now, facing an expected wave of modernization bills in the next decade, a top DoD official has suggested the building needs to look for alternative ways to shut down excess infrastructure.

Jamie Morin, the head of the Pentagon’s office of Cost Assessment and Program Evaluation (CAPE), told Defense News that he believes the department needs to look at all the options on the table and try to work with Congress to dump excess infrastructure, even if it means going outside the BRAC procedure.

“It’s not clear to me that BRAC is the only model to follow. Maybe we need to think about redefining what a process might be for getting to recognition that some installations need to close,” Morin said in an Oct. 22 interview. “I am not writing a legislative proposal at this point, but I think if Congress can’t see its way through to BRAC, what was constituted in the Nineties and reprising one of the 1990’s rounds, then we need to find another alternative that does work for them.”

There were BRAC rounds in 1988, 1991, 1993 and 1995, but the one that still echoes today is the 2005 round. While the Pentagon says it is now enjoying the benefits of that effort, the 2005 effort was seen as excessively costly and left members of Congress, already sensitive to political ramifications of bases leaving various states, with a built-in aversion to further efforts.
Defense News
30 Years: Base Realignment and Closure — A Bitter Pill
Bob Hale, who served as Pentagon comptroller from 2009 to 2014, says that the five rounds of BRAC held since 1990 have resulted in savings of $12 billion dollars every year.

“Based on my experience, I believe that BRAC represents the single largest program efficiency that DoD has been able to implement,” Hale said in an October email. “Congress should keep this history in mind as it considers whether to authorize another BRAC round.”

Those comments have been echoed by top Pentagon officials, including Morin, who contend that BRAC is necessary, especially with a much-ballyhooed “bow-wave” of modernization pogroms coming in the early 2020s. As an example, the CAPE head noted that when he was an official with the Air Force, the service estimated it took 800-900 airmen just to keep a base open, even before you put any equipment there.

But the political realities of BRAC – where some members of Congress will lose the economic hub of a military base in their district – mean that few on the Hill are in any rush to move forward with a new proposal.

Another round of BRAC is legally prohibited and, failing a surprise revision of the 2017 National Defense Authorization Act that passed the House and Senate, it will be blocked next year as well. The House- and Senate-passed spending bills would do likewise.

“It does strike me that the department has been asking for BRAC authority now for four years, five years,” Morin said. “So at some point, we either have to figure out a new way to convince people that the request as it stands is the right answer for the nation, or figure out another way to come at the problem.”
Defense News
DoD Official: BRAC Round Will Save Money
BRAC Alternatives

So how could a non-BRAC closure work? The Pentagon has some base closure capabilities that the Secretary can trigger, although Morin noted Congress can pass laws prohibiting those actions if it wishes – essentially, the situation that led to the creation of the BRAC process in the first place.

“A with any distribution issue in democracy, you have winners and losers. Often, the losers feel the things more intensely than the winners. One of the virtues of the BRAC process is people don’t know who is a winner and a loser in advance. There is uncertainty,” Morin noted. “So that offers opportunity for people to plan to put their best foot forward and make a strong case for the advantages of their installation.”

One former Pentagon official warned that while the DoD could close buildings using the traditional environmental impact statement process, it is an “extremely painful” way of doing business because the department then has to turn to Congress to fund replacement facilities.

“That’s why the BRAC worked so well—you basically got the money for closure and the money for the new bases at the same time,” the official said. “Going around a BRAC is much harder than a BRAC, because you don’t have all the statutory authorities for the streamlined process or the funding.”

Instead, the official suggested the Pentagon will just start creating hollow bases – cutting O&M funds and slashing missions – to the point where communities will start to vocalize a desire for a BRAC rather than deal with half-open bases.

Another potential alternative has emerged from the Hill, although interest in the plan is small at this point.

Seven House Democrats introduced legislation in June, known as the Military Infrastructure Consolidation Efficiency Act, that would have allowed the military to close excess bases outside of a BRAC. The bill, from Rep. Sam Farr, D-Calif., and HASC Ranking Member Adam Smith, D-Wash., would require DoD to project force structure over the next 20 years and the facilities needed to support it; the Comptroller General would provide a similar report.

Smith, the top Democratic voice on defense issues in the House, has criticized lawmakers for skirting hard, fiscally responsible decisions to limit Pentagon spending, which would include a round of the politically unpopular BRAC process.

“The Defense Department needs flexibility to get rid of unneeded infrastructure in an efficient and transparent manner,” Smith said in a statement to Defense News. “It’s difficult for Congress to rise above parochial concerns, but I’m hopeful they’ll understand the need to do so in light of the immense budget pressures on our military. The Department should continue to work with Congress to explain the need for reducing excess infrastructure and authorize a process that addresses concerns from the previous BRAC round.”