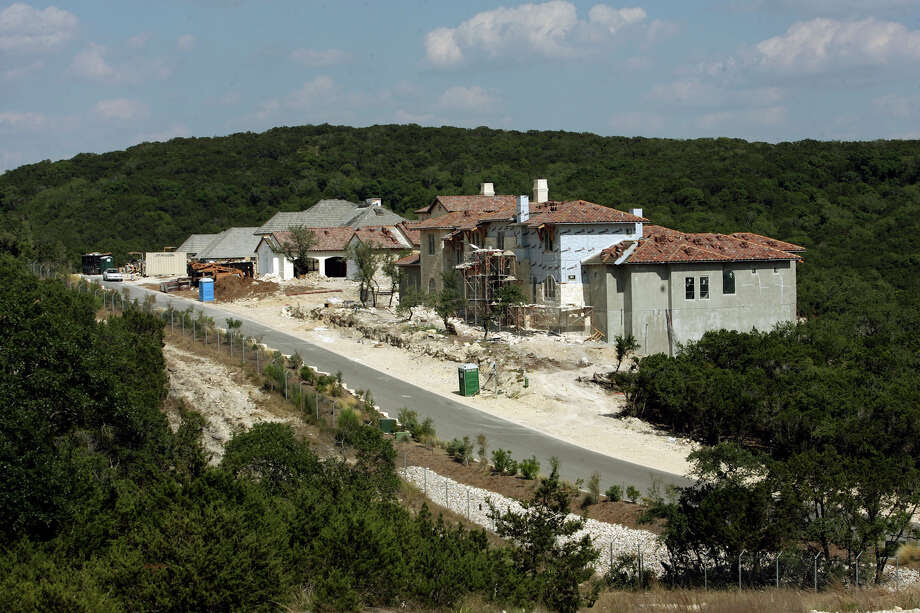 But what the new law would look like — and if it will be enough — isn’t yet clear.

Everyone agrees that the effort to protect the city’s three large military installations and the 27,000-acre Camp Bullis training area from suburban encroachment is crucial to ensuring that troops learn to do their jobs under realistic, wartime conditions and to keeping their missions in San Antonio.

The problem is the clash of competing interests: concerns on the part of local government officials that growth could pressure the city’s three major military installations to relocate missions or even close altogether, and the rights of powerful real estate developers in a business-friendly state.

Looking for middle ground, developers and local officials, including the county’s public works director, Renee Green, will form a committee in January to sort through issues stemming from a recent ambient lighting study so county commissioners can approve an order implementing the new lighting district.

“Obviously, the way the county views it, we want the committee to have a meaningful input and to have process,” she said, adding that she does not think the panel will become adversarial. “If it becomes bogged down in the committee, then we will move it forward because we believe that the order needs to be amended.”

Camp Bullis has been protected by a 5-mile lighting overlay district since 2009. A city-county effort that included local developers and real estate professionals was launched after the Army expressed concern that growing light pollution east of the range threatened to interfere with nighttime combat medic training.

The Air Force recently aired concerns about the effect of growth at Lackland and Joint Base San Antonio-Randolph. The county order, which would include provisions from a city ordinance to reduce glare from lights at night, would create a 5-mile lighting overlay district at Medina Annex. A small section of land around Randolph could also see a lighting overlay district, but a county official said the Air Force has not asked for it.

Commissioners received a lighting assessment months ago that underscored the issues facing Lackland, which is home to basic military training and a number of advanced courses that include security forces instruction and a school for airmen charged with calling in airstrikes. As at Camp Bullis, the latest study done by the Matrix Design Group noted that those airmen use night-vision goggles as part of their training. Too much nearby light can compromise the instruction.

Ambient light issues have increased with development around Camp Bullis and Medina Annex, but there is potential for even more growth. The Matrix Group study identified 36,528 vacant acres that could be developed within 5 miles of Medina Annex. That report also noted that it was important to involve the city on a deal because the county cannot enforce zoning or restrict land use.

But ambient light isn’t the Army’s only concern. The Army Medical Department Center and School has long been worried about residents, businesses and schools hearing noise on the Camp Bullis training range that includes weapons used on firing ranges and low-flying aircraft. It waged a battle seven years ago to force real estate agents to tell buyers about the potential noise issues but lost. Disclosure instead was made voluntary, but the military got help on light pollution that imperiled its ability to train Army, Navy and Air Force medics at night.

“Every time you have a shopping center, car dealership, any type of business and street lights, you’re increasing the ambient light, and that affects our ability to conduct realistic night training,” said Phil Reidinger, a spokesman for the Medical Department Center and School, which is at Joint Base San Antonio-Fort Sam Houston. “We’re suspecting that the light pollution is going to get even worse, more so because of the continued development and the potential annexation by the city of San Antonio of more property around Camp Bullis.”

The Camp Bullis lighting order established acceptable and unacceptable forms of lighting. It is in effect today, but the range was not the only concern for a military that also has major pilot training operations at two other bases. The Air Force aired concerns late last spring over urban development at Randolph that could increase the risk of civilians being hurt or killed in a flight-training accident. The base has 212,000 takeoffs and landings a year, making it one of the busiest in the nation.

“They’ve drawn some lines about where they don’t want to see development and … what they’re worried about, of course, is having a crash,” said County Judge Nelson Wolff, who has attended several Air Force briefings on the matter. “They wanted a safe zone, so it’s a big concern of theirs, raised to a higher level than I’ve seen before.”

Worries over development near Lackland, where sleek F-16 fighter jets and large, lumbering C-5A cargo planes make their approaches to an 11,000-foot runway over a busy highway, prompted a joint land use study in 2009. The county obtained a $351,250 grant from the Pentagon’s Office of Economic Adjustment to conduct the study at Lackland and adjacent Port San Antonio. The final report recommended further studies, including an ambient lighting assessment.

The Matrix Group study, underwritten by a 2013 grant for $110,000, was completed in May 2014. The final report was delivered to the Commissioners Court on Sept. 2. The same group had studied lighting at Camp Bullis. Matrix group senior planner Patrick Small said the county’s commitment to regulate lighting helps in “preserving and maintaining the mission readiness” at those installations.

“The impetus for this is really the nighttime ambient light levels that are required, particularly at the Medina training annex,” he said. “They do night-firing exercises that are dependent on the visible light spectrum, both with and without night-vision goggles. This is a really critical component of their capability.”

Small said the planners wanted to ensure that they protected personal property rights while also preserving the integrity of the Air Force’s many missions at the largely rural Medina Annex, explaining that the effort is not about restricting development but “balancing economic viability of growth of the county and maintaining the capability of the military.”

Dave Peterson, executive vice president of the San Antonio Chamber of Commerce, said his organization backs the military’s efforts to ensure that a booming community doesn’t marginalize instruction on the city’s three bases.

“The chamber supports growth, but responsible growth is certainly the only way to go,” he said. “We like looking forward, not retroactively trying to fix decisions that were never made because we weren’t well informed, so this is just great for informing us going forward.”

Trying to strike a balance between the needs of developers and three installations that are a crucial cog in the regional economy is the point of the process, but longtime developer Michael Moore thinks it can be done.

Moore sits on the Real Estate Council of San Antonio’s executive committee, which hashes out issues with the city, county and local utilities, and he noted that lighting is crucial to businesses. Certain lighting standards are required for businesses such as big-box stores to obtain insurance, he said, but he thinks an agreement could be reached quickly if the Camp Bullis lighting overlay district is used to form the basis of a deal.

“If they start from ground zero … then there’s going to be a lot of back and forth, where if they just take the existing ordinance, modify it as necessary to meet Lackland’s needs, Medina base’s needs, it should be a very simple process,” Moore said.

Still, a veteran of the Army’s efforts to protect Camp Bullis said there is no doubt who should receive top priority in an era when the military is shrinking and communities face the prospect of more base closures.

“The developers’ needs sometimes are different from the military,” said former Mayor Phil Hardberger, who once flew Air Force B-47 bombers. “When those needs conflict … then my vote goes with the military.”